Along with the first digital devices rose a need to ensure the security of stored data and to differentiate access to various functions. A variety of methods for unambiguous authentication of users on which security is based are called authentication factors. These include codes, logins, passwords, certificates, hardware keys, and so on. The whole set of authentication factors can be divided into three groups:

SMS codes generated by special services are the most common kind of factors used in the mobile two-factor authentication. It is quite convenient (most modern users always keep their smartphones on them) and does not take much time. In addition, this check is in most cases effective, for example, to protect against automated attacks, phishing, password bruteforcing, viruses, and the like.

But in case someone is intent on hacking you, bypassing SMS authentication is possible. After all, usually the phone number tied to the account is not a secret (as a rule, it is the same contact number that can be found from your friends, social network or business card). Having received personal information of the owner of the number, scammers make a fake identity card and use it at the nearest office of the mobile operator. Despite the fact that in some countries the legislation requires a complete reconciliation of the ID data, SIM can be authorized for the reissuing by the most ordinary employee, not particularly bothering to verify the authenticity of the document. Thus, a new card with your number is created (in turn, the previous SIM is blocked) and the scammer gets the opportunity to pass the second stage of authentication. The second drawback is that some state authorities (for example, police) can ask the mobile operator for access to your cellular number (including SMS). This is done in real time, and even if you are eavesdropped on, you will not even know. On the other hand, SMS messages will help you find out that someone is trying to hack your account and change the password or the attached phone number in time.

Code generation apps are a worthy alternative to SMS codes. The most common among such applications is the Google two factor authentication solution – Google Authenticator. Such software OTP tokens generate codes independently based on a particular algorithm or random sequence. The main algorithms for generating such one-time codes are the HOTP (hash-based one-time password, RFC4226), TOTP (time-based one-time password, RFC6238) and OCRA (OATH challenge-response algorithm, RFC6287) that were developed and are supported by the OATH (Initiative for Open Authentication). 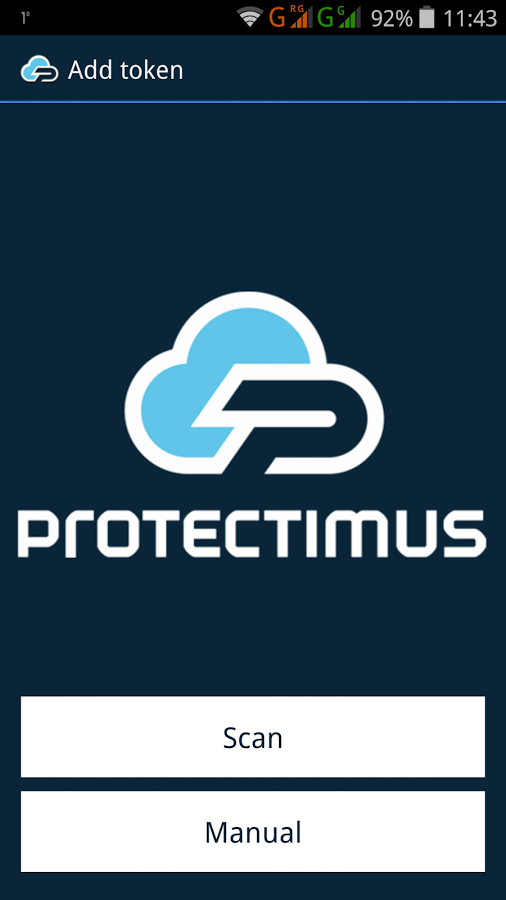 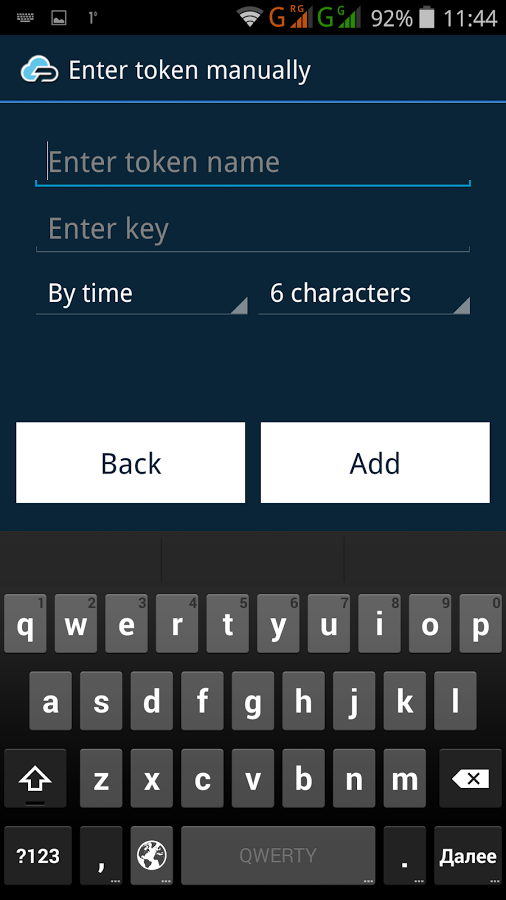 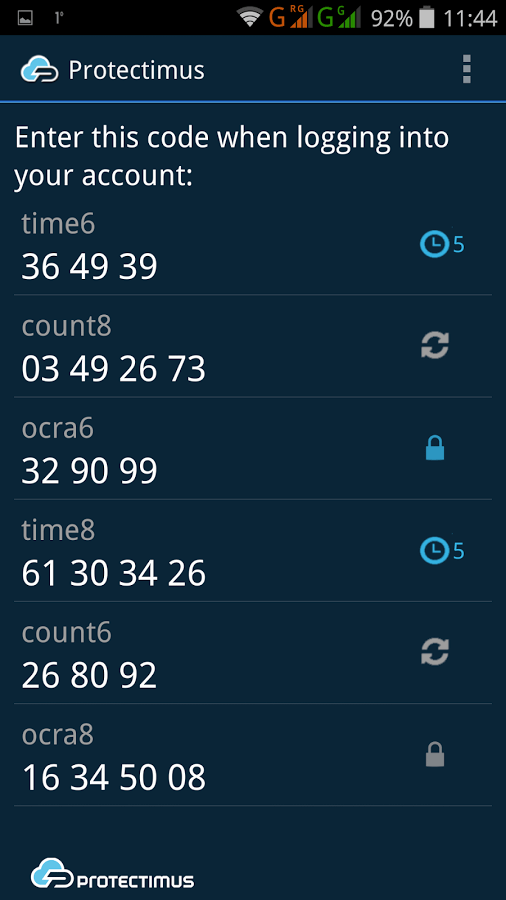 | Read also: Hardware or Software Token – Which One to Choose?

U2F is an open standard for universal two-factor authentication (2FA), developed by the FIDO Alliance with the participation of such world-famous corporations as Google, PayPal, Lenovo, MasterCard, Microsoft, NXP, Visa, etc. According to the creators’ idea, authentication through this protocol is carried out with a help of a hardware module, in the role of which a physical medium – USB tokens (the most common devices are YubiKey) – are used. These devices are equipped with special software and a digital key at a manufacturing stage. The USB key is simply inserted into the corresponding desktop or laptop connector. This authentication factor operates as follows: A worthy alternative to the previous authentication method are contactless hardware tokens. Why do we consider this variant of tokens to be the most reliable second factor: 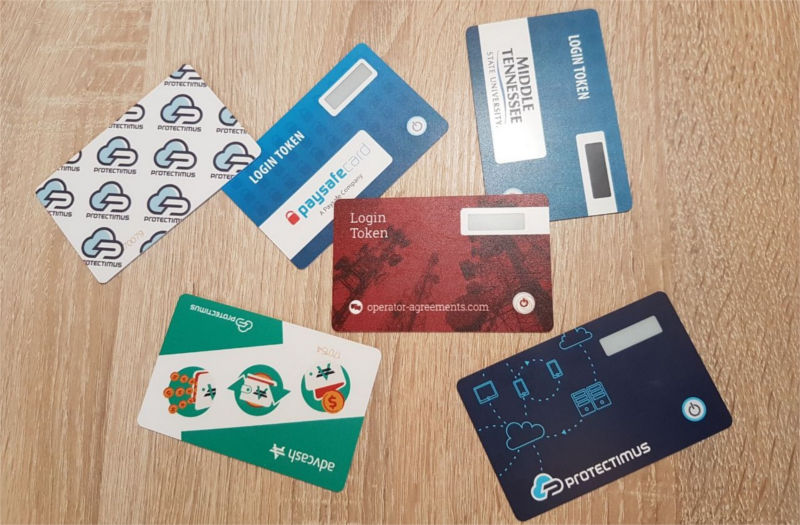 There are 2 types of contactless hardware tokens available on the market today:

Let us review both options in more detail.

These OTP tokens are well-known and have been considered the most reliable one-time password generation tools for years. So why they are not so widespread as SMS confirmation and software authenticators? Mostly because shipping the devices worldwide is costly and requires notable labor resources or the cooperation with logistics company, which may be extremely inconvenient for smaller enterprises. Besides, hardware tokens are not free and many companies don’t consider them cost-effective, thus saving on the security of its users. Though some websites offer their users to purchase such tokens themselves, thus providing an opportunity to protect the account reliably. 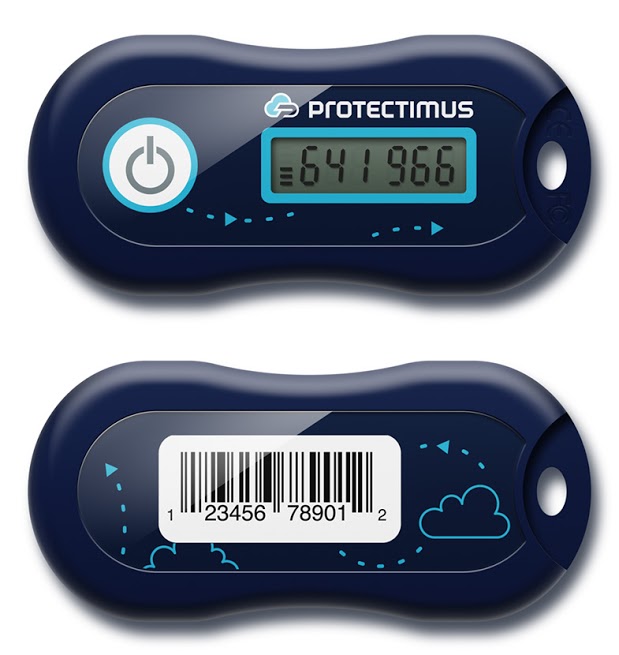 | Read also: Smart Identification or How to Make 2FA More Convenient for Users

The main purpose of this token’s creation was to obtain a more universal and safe replacement to OATH-compliant code generation applications, such as Google Authenticator, Authy, Protectimus Smart, etc.

This authentication method uses biometric user data – fingerprints, facial features, eye iris or voice recognition. Undoubted advantage of this method is its unmatched convenience. You just scan a respective body part and get access. Nevertheless, currently, biometric scanners are not accurate enough to serve as reliable second factor despite being promoted as such by industry giants like Google, Samsung, and Apple. And if your biometric data is not recognized, you have to enter the recovery password which effectively defeats the whole purpose of two-factor authentication. Moreover, if your biometric factor, iris, for instance, was compromised once, it cannot serve an authentication factor anymore. Even if currently hacking the biometric scanners is hard, it is still possible and will become easier with time. 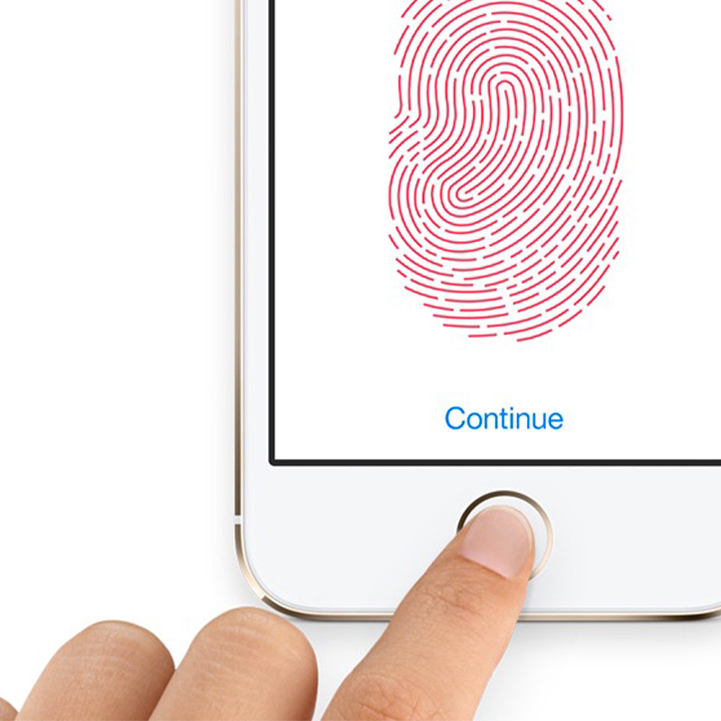 Which of the Second Factors of the Two Factors Authentication Will Suit you the Most?

The answer to this question depends on your aim. The most budgetary and easy to implement is SMS authentication or special applications for one-time passwords generation. If the need for confidentiality is very high, contactless tokens are most suitable for you, which, on the one hand, do not store any of your personal data (such as biometric information), and, on the other hand, are unique and not subject to hacking (except someone steals the device itself, which, however, can be countered). As for biometrics, its implementation is reliable only in the case when some reserve method of identification is envisaged, and it requires quite significant financial investments.