One-Time Passwords: Generation Algorithms and Overview of the Main Types of Tokens

The use of one-time passwords

Amid the constantly growing online business segment, data protection has to be particularly reliable. If you still can ‘survive’ the hacking of your personal page on social networks (though it’s extremely unpleasant too), the loss of business information can lead not only to the loss of reputation and income but even to the closure of the company.

One of the most defenseless points in the information security is the reliable user authentication of everyone attempting to access his or her account on a particular website.

Common reusable passwords are well known to everyone and are pretty useless at the present level of hacker threats. They are unable to withstand the pressure of attackers, equipped with such ‘tools’ as keyloggers, interception of the data, and methods of social engineering. Much higher level of protection can be provided by using one-time passwords.

How one-time passwords are generated

The most convenient and secure one-time passwords generation tool at the present moment is a token. It can be either a software token – an application for a tablet or Android/iOS smartphone or hardware token in the form of USB flash drive, trinket or credit card. For extra protection, each token can function along with the PIN-code, which should be used while entering the one-time password.

One-time passwords are usually generated by using one of three algorithms: 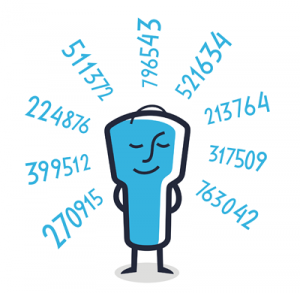 It is worth mentioning that if you use the TOTP and OCRA algorithms, sort term passwords are produced, which significantly complicates the process of hacking.

No matter how reliable is the two-factor authentication with the one-time passwords, there are some dangers, which can be avoided, if you take care of the precautions. 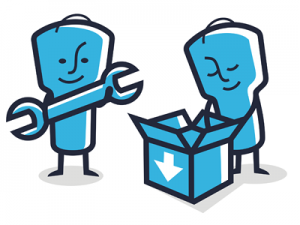 It is undeniable that the two-factor authentication with the help of OTP tokens, which generate the one-time passwords, is the best authentication method nowadays. It allows you to eliminate the risks associated with the use of a standard password authentication and reliably protect the data of companies and individual users.