Providing our services, we often highlight that Protectimus is a coordinate partner of the OATH Initiative and that all our tokens and two-factor authentication software are OATH-certified. Not everybody is aware, however, of what the Initiative for Open Authentication (OATH) is and what its major goals are. That’s why we decided to clarify all the details concerning the OATH definition – its tasks, algorithms, and overall contribution to open authentication which is so important and useful today.

In a nutshell, OATH – Initiative for Open Authentication – promotes the industry-wide implementation of strong authentication based on a single reference architecture that is developed jointly by the industry leaders using open standards.

This will allow establishing strong authentication as a highly-available standard supported by any device in any network. In the long run, the Initiative can help significantly reinforce the security of users and service providers worldwide.

What is OATH-certified? OATH certification, basically, means supporting the Initiative’s standards and creating cybersecurity solutions on the basis of these standards. Protectimus, for instance, offers a two-factor authentication solution that is fundamentally based on the principles of open authentication and uses the OATH authentication algorithm HOTP, TOTP, and OCRA.

Now that we got the basic OATH meaning figured out, let’s discuss its major goals.

The Major Goals of the OATH Initiative

Being essentially a collaborative effort in advancing modern authentication principles and making them more secure and reliable, the Initiative for Open Authentication makes the whole process more cost-efficient and transparent. It simply makes two-factor authentication open-source.

Any company can build its custom 2-factor authentication system based on a single standard that is highly reliable and backed up by the leading companies in the industry.

The major goals of the Initiative can be listed as follows:

| Read also: The Pros and Cons of Different Two-Factor Authentication Types and Methods

Based on its universal goal of standardizing strong authentication, which includes the establishment of protocols, algorithms, and data/input formats of a single standard, OATH authentication requires the underlying “pushing” powers.

A secret key consists of a line of symbols that the authenticating server shares with the user device. A counter defines the event of the OTP generation and the number of these events increases with every new OTP created. This accumulation of events serves as a convenient variable in the algorithm.

The algorithm processes a secret key and a counter, hashes them, and truncates the result into a 6-8 character one-time password which is displayed on your HOTP OATH token screen.

The event-based nature of the algorithm means that:

The TOTP algorithm (Time-based One-Time Password Algorithm) is pretty much identical to the above, with the essential difference in that it uses a running time interval as a variable instead of the counter. Thus, it mixes a secret key with a current time interval, which means that the server and token time must match.

The time-based nature of the OATH TOTP algorithm means that:

The OCRA algorithm (OATH Challenge-Response Algorithm) generates one-time codes based on a secret key and a certain challenge received from the server (this is a variable). Also, a combination of the time interval and challenge can be used as a variable in OCRA.

OCRA algorithm allows using data signing like Confirm What You See (CWYS) feature to reinforce the OATH security and the payments’ security in particular. The CWYS function allows using definite parameters, like the amount of transaction, user’s current balance, the currency, etc. as a variable in the OCRA algorithm for the further creation and verification of one-time passwords.

Such one-time codes are valid only for the operations whose data were used as a variable. Thus, if the hacker intercepts the one-time code, they won’t be able to use this code for their own fake operation. This grants even greater reliability of the OCRA algorithm, which means that it should be used in the areas that require the strongest protection.

The time and event-based nature of this algorithm is kind of a combination of all the goods HOTP and TOTP provide, namely:

In terms of overall access security, OATH provides some truly outstanding two-factor authentication algorithms that are easy to access, affordable, and multipurpose. These algorithms are well-tried-and-tested by industry experts and are open-source so that their inspection for flaws and errors can be carried out transparently by the specialized companies. 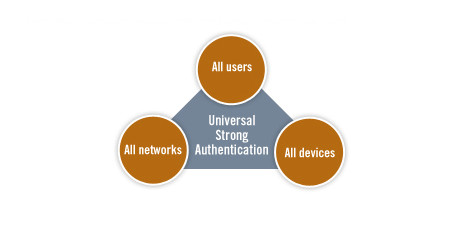